so we had two teams out this wed, one in London and some more lucky ones, (Chris Cresswell, Paul Dodd, Nick Pitcher, Jenny Clarke and Joe Pryor)  fly to Frankfurt to perform an after dinner show and a morning energiser. We were met by the most luxurious tour bus at the airport 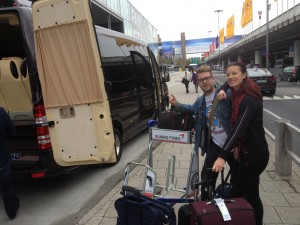 and whisked to the Westin Grand Hotel, what a hotel folks! absolutely beautiful with a swimming pool on the top floor and great rooms. and as for the breakfast, fresh honeycombs and eggs scrambled in front of you, we all managed at least 2 servings each, some a little more, anyway fabulous gig in a great city and in the morning we were lucky enough to work with Sébastien Foucan, the inventor of free running and star of one the recent James Bond films, nice guy took a shine to our Jen, (who wouldn’t!) 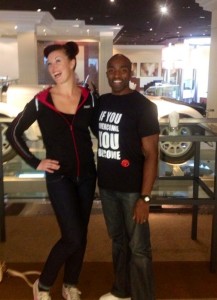 so we woke them all up and flew home, in luxury, nobody in economy so we all had a row each to ourselves, more of this please…. 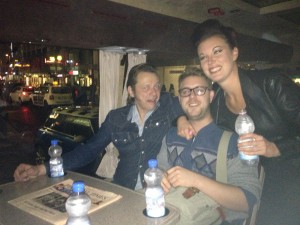 meantime the other team was playing their hearts out at the Park Plaza Westminster,

thanks to Carola del Mese, Suzanne Mehdi, Will Roper and Chris Taylor